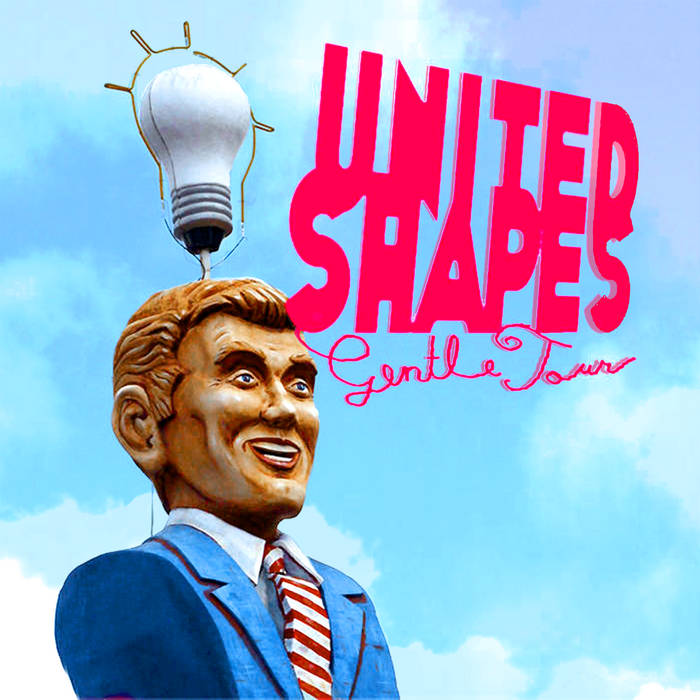 Gentle Tour is United Shapes' fourth album, and needs to be enjoyed while driving around in the car from one end of Long Island to the other. As you may have suspected from the sunny blue sky and fluffy clouds, this record is a real happy slice of lemon pound cake compared to our usual sick, miserable garbage. It's all story songs, too, so if you're into story songs, then have I got the United Shapes album for you, pal.

Featuring songs about a college newspaper, a famous literary recluse, a funny line from the movie Clue that I decided to turn into a whole four-and-a-half-minute song, a city in Long Island where Rufus Wainwright is believed to sometimes be the mayor, this guy who does paintings for the New Yorker magazine, this girl who does paintings of glaciers for nobody, hot sex with WASPy twins in the Hamptons, dogs, birds, that time they locked John Lennon in a small room and made him listen to "Good Morning Good Morning" for 7 days straight without food or water, and other references to places in New York, including the main one, New York.